The Biltong Shop Limited was started in September of 2016 by Siaan and her wife Frankie Harding. Siaan was born in South Africa and from an early age, Biltong was always present in her home as I’m sure it was the same for most Southern Africans. Siaan’s Grandfather owned the well-known “Tudley Butchery” in Mount Pleasant, Harare, Zimbabwe, so from an early age, on family holidays, she ‘helped’ out. 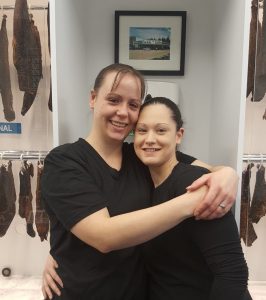 Probably more liked ‘helped herself’, but besides that, she grew to love being in the
butchery, learning from her Grandparents who encouraged the passion and knowledge of crafting/producing good quality Biltong. This passion soon developed into a dream of one day owning her very own Biltong shop.

Frankie started her working career at the age of 4 in the UK working in her Italian Dads Cafe and would rake in all the tips and fill up her pouch until it was too heavy! She continued to work in the cafe late into her teenage years as she was planning for her future career. Her Dad instilled hard work, dedication, creativity, and the love of food, from a young age. After many years, Frankie decided she needed to walk her own path and what she really wanted to do was care for people who could not care for themselves. She worked from 6am to 11pm, 6 days a week caring for her
clients, who started to ask for her especially. After a few years of working in the caring industry she decided to create her own caring business in 2015 so she could deliver the care the clients deserved.

At the age of 23 Siaan co-owned her first Biltong shop “Biltong Emporium” where she developed her skills and knowledge, of producing biltong in the UK. She experimented and created new Biltong flavours for her customers and the business grew from strength to strength. After the huge success of Biltong Emporium, Siaan wanted to venture on to bigger things.

Selling Biltong Emporium in 2016 gave Siaan the opportunity to make her dream come true which is when Siaan and Frankie created The Biltong Shop Ltd. Frankie did not even hesitate to roll up her sleeves and get her hands dirty even though she had her caring business to run too. There was a hard long struggle but in just 3 months the doors opened on the 12th of November 2016 with a queue of customers, 2 hours before opening time. The dream had come to fruition. As Siaan served the
customers, Frankie became the master of producing Biltong and creating new flavours.

In addition, the ecommerce website launched in January 2017 to start our mail order service and has been growing steadily since then. 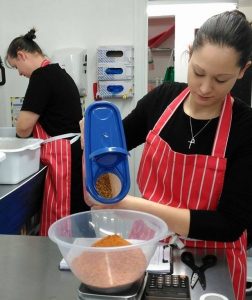 The remainder of our journey to Thark was uneventful. We were twenty days.

I accept
PRESS ESC TO CLOSE